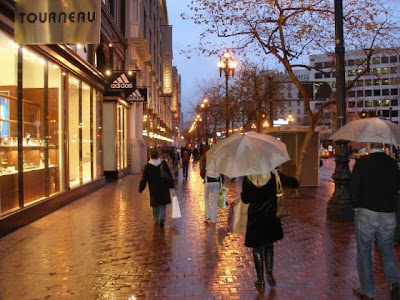 It's been blustery lately and it's reminding me of the first time I visited San Francisco.  It was December 25th and I stayed four nights at the Westin St. Francis on Union Square.  I was visiting a friend who lived there, but making a vacation out of it too.  It was cold, rainy, windy, glorious. 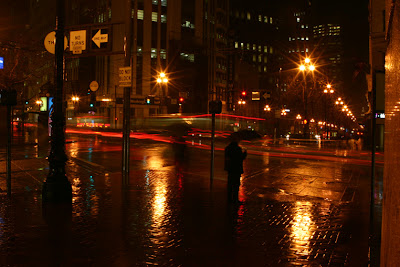 She took me on a tour of the city.  One day, we walked from Union Square, along Grant Avenue through Chinatown, which led to North Beach, then to Fisherman's Wharf.

Another day we took the ferry to Sausalito.  We were cold as we walked along the Embarcadero, and the ferry was leaving in about an hour.  We went to a small restaurant (wish I could remember the name) and had hot bowls of New England clam chowder with fresh sourdough bread.  That left us all warm and toasty inside for the chilly ferry ride to Sausalito for shopping and sightseeing. 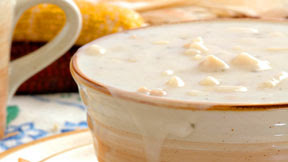 You may ask: Why were we outside on such a miserable day?  If you haven't been there, what you don't realize is that any day in San Francisco is a glorious day!  Whether it's a sunny day in Spring and there are so many sailboats on the bay that you think they can't possibly be real, or if it's Fleet Week in September and the Blue Angels are zooming over and under the Golden Gate Bridge and above the skyscrapers of the Financial District: it doesn't matter because you are in the best city on the West Coast, in the United States or the World.  Depends on my mood as to how the city is ranked because I can't forget New York or Paris.  San Francisco, with cable cars, fog horns, the constant stream of sea air, fresh sourdough bread and almost unbearable amount of charm -- it's hard to beat.