A Wink and A Smile 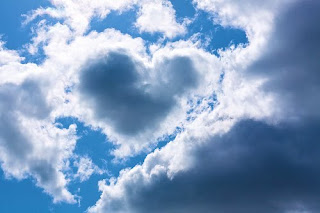 Some people have friends in low places.  I happen to have friends who are angels!   I have received a lot of help from my far-away friends, enough so that I am safe for another month.  Thank you!  I have all my energy focused on finding a job, one-day temp assignments, anything.  I have signed up with four agencies so far and adding more next week.  Also, I found out the city offers assistance in various programs to those whose unemployment has run out, so I should be fine.


I wish these friends who have helped me lived close-by.  It would be so great to get together in person with them.  I wish I had friends in the city.  How fun it would be to go for walks, window shopping or just down to the corner bistro for coffee or a glass of wine.  I have met people here, but they aren't interested in making friendships for some reason.  I think they might be, but when I ask if they want to get together sometime, their calendars fill up and we can't quite make it happen.  After a couple of tries, I decide it's a hint and move on.

Now when I meet someone, I'm afraid to ask them to go for coffee or something because they might think I'm odd.  For instance, I met a girl while waiting in line to be fingerprinted.  Fingerprinted??  Yes, fingerprinted.  It's something you have to do if you sign up for food stamps or other city services.  She was on the phone and when she finished, she turned to me, and knew I overheard the conversation.  I told her that I'm in the same boat.  Then we started talking and we had the same views on things.  I shared some of the knowledge of programs I have discovered that are not advertised.  Then it was my turn in line, so we wished each other good luck and said goodbye.  I really wish I had offered my name and number in case she ever wanted to talk, but by the time I decided to, she was gone.

Every once in awhile, I meet someone in some random way and we hit it off.   It's hard to meet people here in San Francisco.  People aren't interested in talking to you unless they know you, and if they meet you, they aren't interested in getting to know you.  It's such a catch-22.  Remember how when we were kids, we would meet other kids in class or on the playground and became instant friends?  I wish we had instant friends now in adulthood. 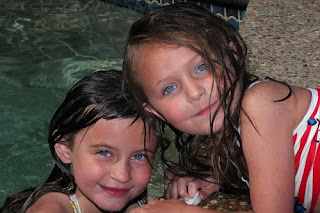 Maybe this is payback for friends I have let go in the past.  I let some petty situation blow up out of proportion or I made the mistake of saying something that I cannot take back because it's already out there.  If one of those old friends happens to be reading this, I apologize.

At least I have many far-away friends in other cities who are the greatest friends anyone could ever ask for.  You keep me from being too lonely with our long talks on the phone or via email.  I am more grateful for you than you could ever know.  We are friends who go together like a wink and a smile. 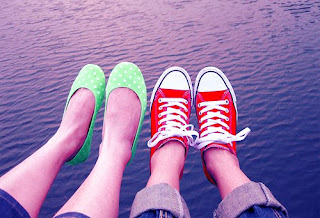 Posted by Lori
Email ThisBlogThis!Share to TwitterShare to FacebookShare to Pinterest
Labels: Friendship