It's Never Too Late

Back to School season is coming a bit early for me this year.  I submitted my FAFSA form a couple of weeks ago, in time to get financing for college later this year.  I'm going back to school! 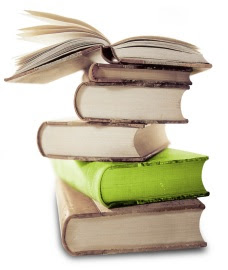 I don't have a college degree.  It's something that has been a nagging thorn of regret in my side for twenty years.  Do you know how embarrassing it is not to have a degree?  To be at a party, among coworkers or getting to know new friends, they inevitably ask: "Where did you go to school?"  They are just being friendly, making conversation.  But if you ask me that, I will turn crimson and wish I could disappear at that very moment.

Once upon a time, I wanted to be a Commercial Aircraft Pilot.  My dad worked for a major airline.  Sometimes he would take me to work with him if he had to go in for a couple of hours.  I would hang out with him and the other aircraft mechanics in the hangar.  Dad would let me run up and down the aisles of the jets.  Some of them would be bound for Hawaii eventually and had a stash of toys for kids: fun little Hawaiian coloring books and puppets.  They usually had kid-size plastic "wings" for children too.  Dad would let me sit in the cockpit, as long as I didn't touch anything.  I was not alone, he was with  me.  It's not like I was calling the shots like the kids at JFK a couple of weeks ago.  I had flown with my parents many times.  I felt the power of the take-off and landing, over and over again.  Having the chance to sit in the cockpit with my dad as he explained what everything did, I had a great respect for planes and pilots.  That is what I wanted, to be a pilot.

Later in high school, I noticed the other kids were in Biology, Geometry, Chemistry, etc.  Why wasn't I there too?  I found myself in a bunch of easy courses: general math, basic American history, psychology, English, basic science.  I realized the kids in more advanced classes were preparing for college, but no one had talked to me about college.  I went to my high school guidance counselor and asked her to put me in some college prep courses the following semester.  She looked at me with a puzzled look and asked "Why would you want to go to college?"  My guess is that she thought I was going to get married.  I was a pretty blonde, surely some man was going to marry me and take care of me.  She never said that.  But that is what people did in Iowa.  She could not understand why I would want to go to college.  I didn't have an answer for her.  I didn't know what specifically I would study in college.  What do pilots need?   I don't remember any college coming to my high school to discuss anything or promote themselves as the place to go after graduation.   The guidance counselor didn't seem to think I needed college.  She was there to help me.  She knew what I needed, right?

Around this same time, I remember visiting the dentist and he asked me "What do you want to do for a living?"  I told him about wanting to be a pilot.  He responded "That is really hard to learn. You have to take all sorts of difficult math classes for that.  I don't think you're smart enough."  He looked dead serious.  I was so disappointed.  I would not be a pilot.

I decided I would be a secretary.  I had a part-time job in high school as a receptionist.  I'd parlay that into an assistant position.  Here I am, many years later and it's not exactly as I had imagined.  It's fine.  It's ok.  But it's not the 1970s.  I'm not tossing my hat up into the air like Mary Tyler Moore. 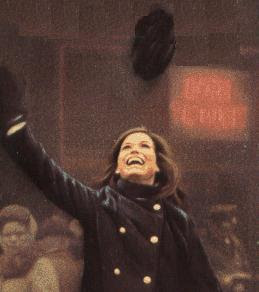 "It's never too late to be who you might have been."
~ George Eliot.


Today, almost 25 years after graduating high school, I'm about to start down the merry road to a college degree.  This is the plan: while working full time, I'm starting out with one class this summer.  I want to attend City College of San Francisco.  They have both classroom and online courses and the price is amazingly low.  Those credits are transferable to U.C. Berkeley.  Somewhere along the way, I want to take a class or two at The Sorbonne in Paris.  It's completely do-able. 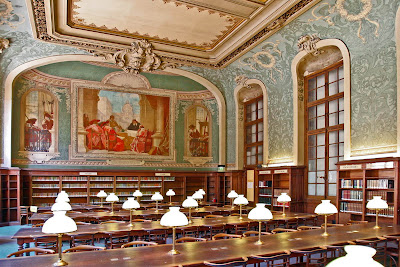 Library at The Sorbonne


I want a degree in Art History or English Literature.  I may go further and get my Masters.  I would love to work in a gallery or a publishing house.  I will take my time, slow and steady.  Not only do I want to make sure I don't overwhelm myself, I want to savor every second of it.
Posted by Lori
Email ThisBlogThis!Share to TwitterShare to FacebookShare to Pinterest
Labels: Art History, college, English Literature, Mary Tyler Moore, pilot, secretary, The Sorbonne