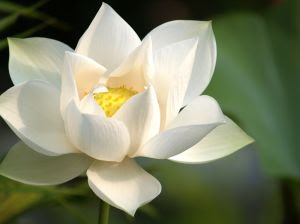 Lately I've been going through some things.  Not just me, but two separate groups of friends.

A little over a week ago, I almost lost one friend, which nearly sent me into a tailspin.  But after years of learning how to turn things around, my inner parachute popped open and slowed me from going into complete freefall.  I landed on my feet, softly.

I am certain that parachute will pop open again, because this time I did lose a friend.  A different friend.  Her name was Jane.  She passed away Tuesday morning, February 2nd, in a house fire, along with her three cats, her furbabies, as she called them.   She had just turned 50 in December.  She was looking forward to the second half of her life.  Little did she or any of us know that she was at the end of that second half, not at the beginning. 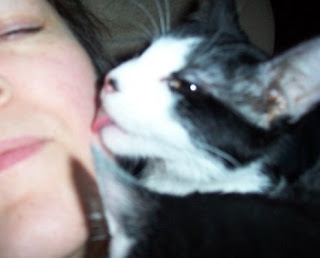 Jane with a couple of her furbabies.

Jane taught me alot through the years.  She gave me my very first copy of Creative Visualization by Shakti Gawain.   Recently when I was talking to her about wanting a child, she told me: "Don't wait for things to be perfect.  Things, circumstances may never be perfect.  Don't wait, because the right time may never come, then it will be too late."  I think she regretted not having children.  She mentioned to me that she never seemed to find the right mate. Either men were physically or intellectually attracted to her, but not both.  She always seemed content, as if she had embraced her life and fully acknowledged the beauty of life around her.

I met her in Omaha in 1996.  I reconnected with her almost a year ago. She had been so excited about all the creative things she had been focusing on this year.  She had a long list, an endless list, of new things to try.  She was teaching herself how to crochet.  She wanted to paint.  She wanted to play music.  She still had so much life yet to live.

Some say when our time comes, they ask you:  "Are you ready?"  and you either answer yes or no.  Depending on your answer, you go or you stay.  If that is true, Jane decided she was ready.  She always seemed so aware of what was to come.

She had recently gotten high speed internet, can you believe it?   But she lived in a tiny town in Nebraska, where I guess everything hadn't reached everyone quite yet.  She was so happy, able to listen to music videos on youtube.  The "last one of the night" she posted on her Facebook page was You Gotta Be by Des'ree.


You Gotta Be by Des'ree 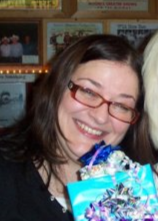 Jane,on her birthday a couple of months ago.
Such a beautiful person inside and out.

"I live in the Sandhills of Nebraska, enjoying the Beauty of Nature and reflecting on a life (mostly) fully lived."  ~Bette Jane Petersen. 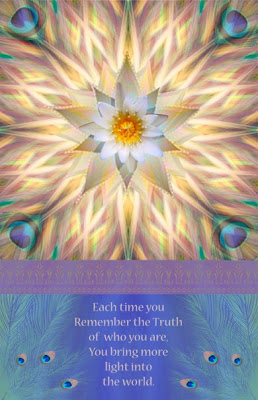 Jane is the first friend I have lost.  I can't help but think there are only more to come.  I wish I could stop thinking that.  But isn't it true?  I have an older friend who seems to lose alot of people, alot of friends, in his life.  How do you come to accept that?  I guess there really isn't a choice.

If there is anything this has taught me, it's that you should continue to grow and try new things.  Even if you don't get the chance to experience those things, if you don't get to that point on the list, at least you were happy on the journey.  That seems so hollow.

Yesterday, I did two things that helped me feel a bit better.  After crying all day, I took a short nap.  I woke up thinking how nice it would be to join a softball team or even just hang out and watch a softball game at the park.  I can't help but think Jane planted that thought in my head.  How simple and joyful, the thought of a softball game.  It is almost spring, afterall.

The second thing was I decided to take a walk last night.  I know the perfect spot, only a few blocks from my home, where I can see a beautiful view of the Bay Bridge all lit up at night.  The City has a different vibe at night.  It's like the night envelopes us in the comfort of a dark sky, yet warms us with the glow of lights and life.

As I walked along, I could see into some apartments that didn't have curtains or blinds drawn.  I'm not peering, just walking along, noticing my surroundings.  People tend to be doing the same thing, winding down their days by watching some TV.  In the warm glow of their apartments, it's comforting to know that time doesn't stand still.  They don't know me.  They have no idea what I'm going through.  They don't even know that I'm there.  But just by them being there, these strangers, is comforting.  For all appearances, their lives are normal and untouched.

Continuing down the street, a  laundromat with one load in the dryer, otherwise empty.  An apartment building that still has Christmas lights up.  A girl walking her dog while chatting on a cell phone.  Then there is me, walking alone, still surprised I live in this beautiful city, yet I can't remember what it's like to live anywhere else.

I get to my destination, just a few blocks away.  The views are breathtaking.  The Bay Bridge, all lit up at night.  I halfway expected Adrian Monk to walk by. 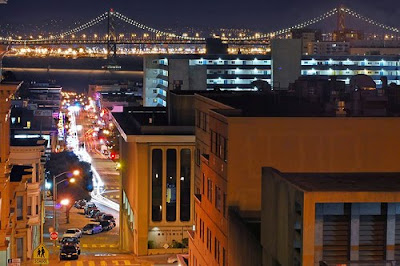 I plan to look on Craigslist for a softball team this Spring.  Maybe when I finally get hired at that all-important job I'm searching for, they will have a company softball team.  How perfect would that be?  I'm not much of an athlete, but I would love to be among people having fun, to be on the green grass in the park, make some new friends.  Is there such a thing as too many friends?  I don't think so.  I think the more you have the better.  I could look at it as the more I have, the more there are to lose.  But I want to fill my life up with Janes.  I learned so much from just one person.  I can't imagine how rich my life would be if I knew more. 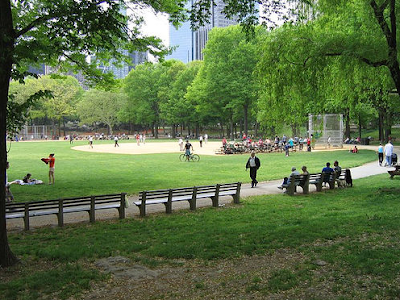