Be Sure to Wear Some Flowers in Your Hair 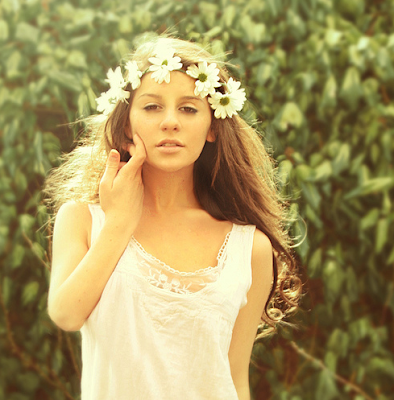 I thought I'd share the story about how I ended up in San Francisco.   I had always known I wanted to move away from the Midwest.  I grew up in a small town in Iowa on the border by Nebraska, just outside of Omaha.  It was always so conforming, I never felt comfortable there.  I wanted more.  Before the internet, I used to study atlases, learn the layouts of different cities, then read about them to see if I thought I'd want to live there.  I considered many places: Denver, Chicago, Dallas, Minneapolis, Boston, New York, Washington D.C., Tampa, Tucson, Los Angeles, San Diego and San Francisco.  I remember looking at the atlas one day when my mom asked me which city I was thinking about.  I said "San Francisco."  She said "Oh, you would love San Francisco!  They sell flowers on almost every corner.  The houses are like life-sized dollhouses." 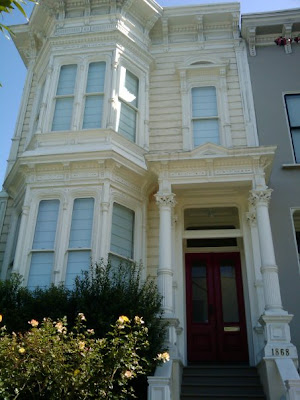 A Victorian I took a picture of while walking in Pacific Heights. 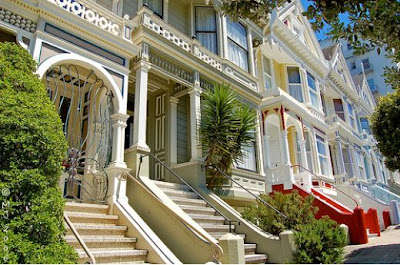 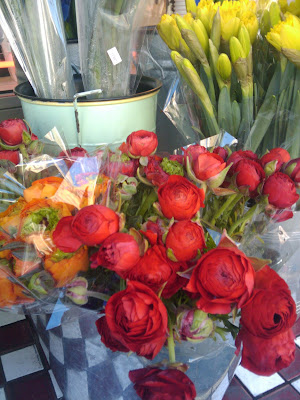 Flowers at the corner market, two blocks from my apartment.
Mom was right, they do sell flowers on almost every corner.

A few years later, I went on a business trip to Los Angeles.  I loved it!  I felt like I was home.  The air was different.  I decided L.A. was the place for me.  I was working at a company at the time that had offices there, and kept checking for a position so that I could transfer.  A position never came up.  Instead, they closed our Omaha office, so now I had to find a different way out. 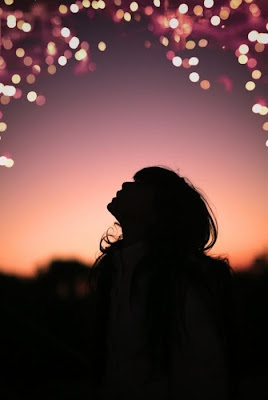 Three years after that, I was temping sporadically.  I couldn't find a permanent job.  I had lost my car.  I had lost my apartment.  I couldn't get another apartment because I didn't have permanent work.   I was living with my brother Gary.  I was talking to a friend on the phone.  I told her "I don't have a car.  My brothers have to drive me everywhere.  I can't get an apartment.  I can't find full time work.  I hate it here."  She suggested "Why don't you move to San Francisco?  You don't need your own apartment, you can have roommates.  There are lots of jobs.  They pay more than in Omaha.  And you don't need a car."  Well, this was intriguing.  It would get me closer to Los Angeles.  It sounded perfect.  I told her I'd think about it. 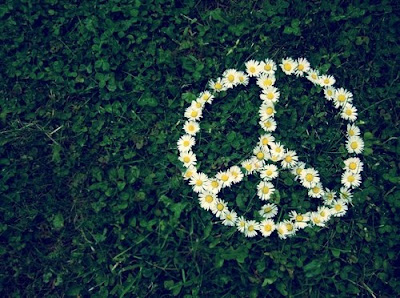 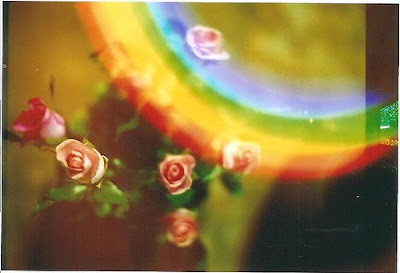 Then a couple of days later, I was with Gary.  We were in his old pickup truck, he was smoking cigarette after cigarette.  It was a cold, January night.  He was driving me to a part-time job I had at a new-age shop.  I was thinking "I'm 98% sure I want to move to San Francisco."  Then a song came on the radio:  "If You're Going to San Francisco".  A sign.  I'm moving to San Francisco. 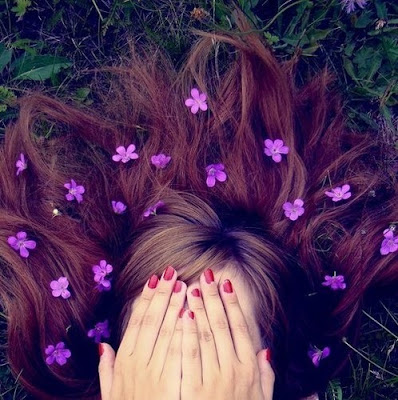 I planned it out.  I decided I would move in April.  I got a little notebook.  I made lists and a calendar.  I figured up how much I could save up in the meantime.  I found a roommate online.  I got a map of San Francisco.  I bought a travel guide of the city too.  I spent every lunch hour and many evenings in my bedroom studying San Francisco.  I memorized the city.

Before I knew it, April was here.  My move date was April 22nd, Earth Day.  I hadn't told any of my brothers.  I was afraid they would tell me I was being silly and ridiculous.  They might tell me I couldn't do it and talk me out of it.  About two weeks before the big day, I secretly took a cab to the airport to buy my ticket.  I had to get papers from the vet for my cats to go on the plane and needed to show my paperwork when buying my ticket.  I bought an open-ended ticket where the return was good for six months, just in case this was a big mistake.  In the back of my mind, I was thinking there were actually two options: A flight back to Omaha or to jump off the Golden Gate Bridge.  To me, if I had to consider going back to Omaha, it was only logical to consider the bridge too.  To me they are the same.  To each their own, but Omaha is not for me. 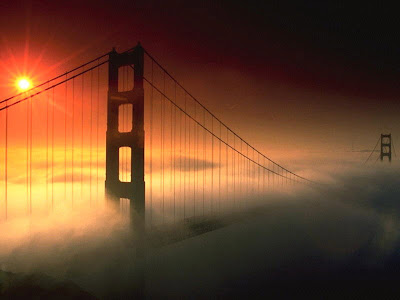 After I had my ticket, it was then that I told my brothers that I was moving to San Francisco.  With two weeks to spare, things were in place enough that they couldn't stop me from going.  But guess what?  They were supportive.  I was very surprised.  They are mainly conservative, practical and very set in their ways.  They never moved away, never had an interest in moving.  Except for Walt, he moved away when he was 18 and never looked back.

I decided to give all my furniture and household items to Salvation Army.  I packed a few boxes to ship to my new home before I left.  I got on the plane with my cats and a suitcase, and nine years later I'm still here.  I got a job a few weeks after I arrived.  I now have my own apartment, and no longer need roommates.  I have not been back to Omaha since I left.  Maybe I'll go back this summer for a visit.  Maybe.  Oh, and the bridge?  It's still here.  I see it for what it is, a breathtakingly beautiful structure that can get me to Napa Valley for a lovely day or weekend of exploring the vineyards and wineries.  I like to say that I didn't leave my heart in San Francisco, I followed it here.  But maybe I found it here.  I had planned to make this a year-long stop on the way to L.A., but I fell in love with this city.  I can't imagine leaving.  Well, except for Paris, but that is another story. 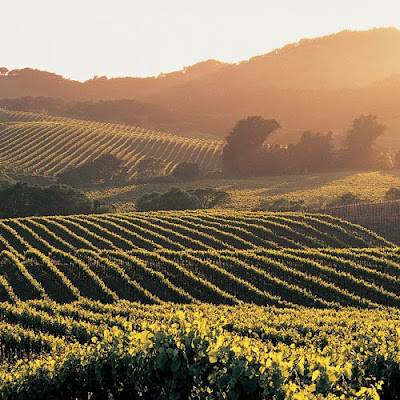 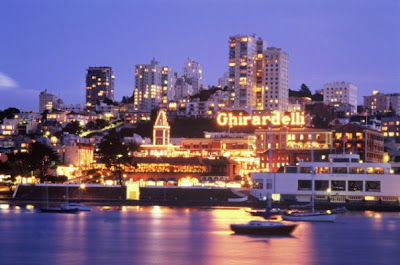 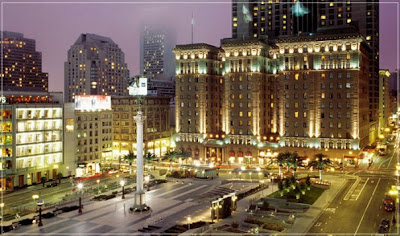 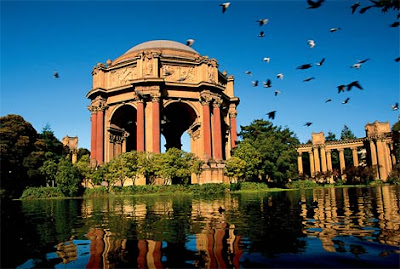 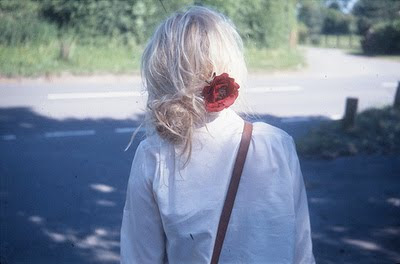